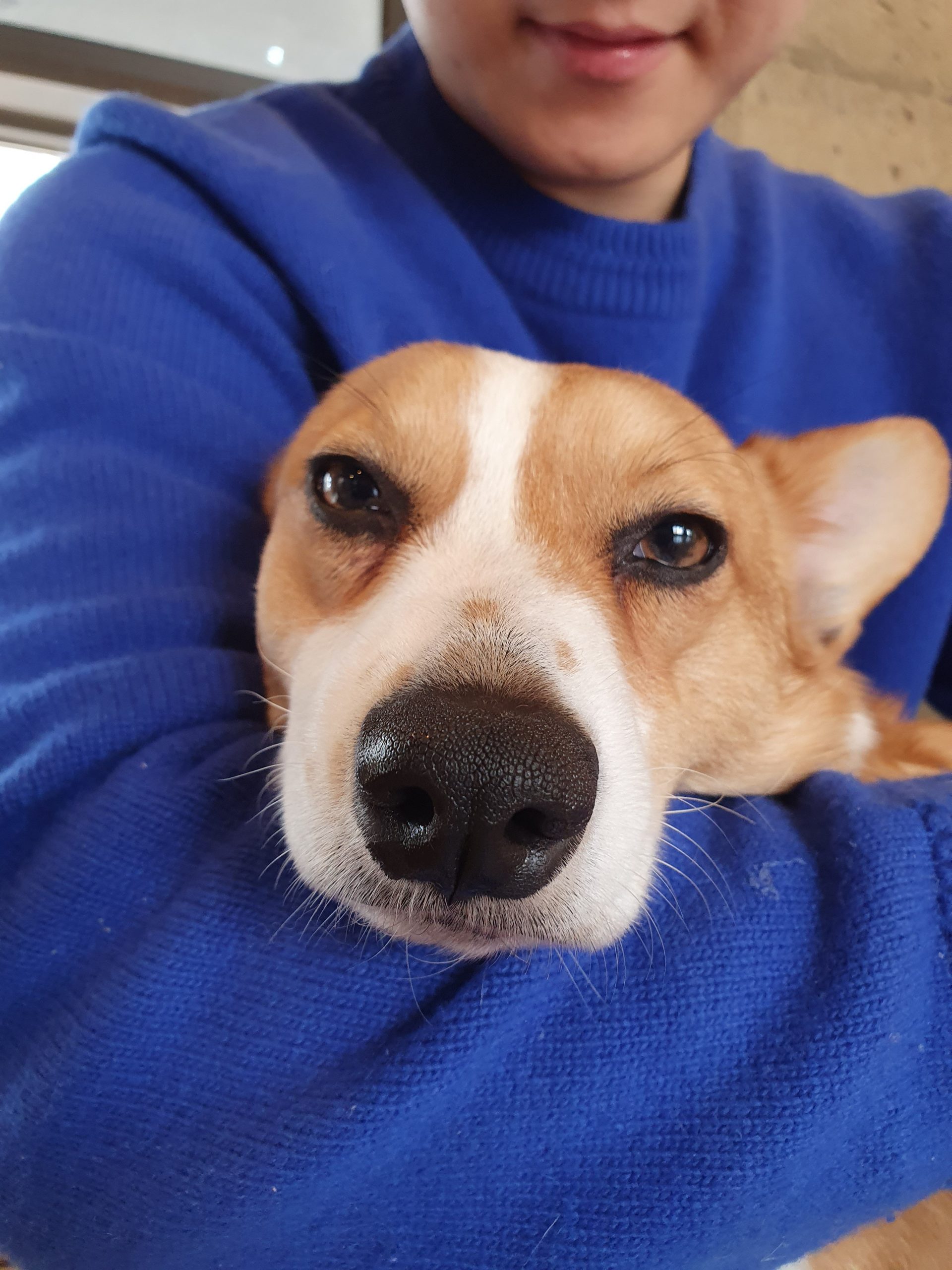 Seoul is famous around the world for its animal cafes and animal destinations (some controversial, others adored) and a handful of the most popular stops happen to be dog cafes. That’s right: cuddly, drooly, lovable doggos. There are big ones, small ones, fat ones and even fatter ones, but they all have an equal amount of love to give.

There was one cafe in particular that felt right to share. That’s Dadog Cafe, Seoul, located just a 5 minute walk from my house. Even better, they have other branches for those not living in the Itaewon area. It’s a peaceful (minus the occasional woof) cafe with some of the friendliest puppers this side of the river.

Before sitting down to write this post, I got in touch with Dadog’s owner and asked him what inspired him to start the cafe. He replied saying that he had loved animals since he was young and so the idea of starting a dog cafe only seemed natural. After asking about the floofers, he told me that he had raised all of them since they were puppies. The dogs are definitely well fed and groomed, so I could feel that his words were genuine. Although most of the dogs are pure-bred and likely bought (a practice I don’t personally condone), they definitely appear happy and healthy.

When you first enter the cafe, the owner will spray some anti-bacterial on your hands (whether it’s covid-19 season or not) and then you’re free to enter.

The layout is a large, open space with bright, big windows facing Namsan Tower. The sun shines in and sprinkles over the grey floors and wooden seats. It’s simple in design with nothing overtly memorable, but why do you need anything when you have dogs?!

If you’re carrying a bag or coat, the seats have been conveniently designed as hidden trunks. You’ll also see a glass room that’s closed off, likely holding irritated or tired pups. Don’t go in here yourself – just entertain yourself in the open area. If the owner feels that the others are ready to come out, he’ll let them.

Like most animal cafes in Seoul, there’s a small chance you’ll enter without seeing some pee-pee or poo-poo. If the managers somehow miss it, kindly let them know, but normally they’ll be on it faster than you can blink. It seems like an exhausting job, but one that’s definitely full of love and reward.

Can I play with the dogs?

In order to pay fan entry fee, you simply need to pay for a drink (about 9-10,000 won). They have a basic selection of tea and coffee, all of which will be served in a cup with a sealed lid. For extra safety, keep it stored on the shelves around the cafe.

Because of the open space, feel free to run around and actually play with the dogs! Petting them is great, and they certainly enjoy it, but they need a lot of energy to fully wear themselves out. In fact, you may be doing the owner a bit of a favor.

At Dadog, all of the furry kids seemed comfortable with strangers. They didn’t necessarily like one another (most issues arose with a new pup and some of the senior members), but there weren’t any aggressive situations between them and humans. Unlike other dog cafes I’ve been to, Dadog really feels like a family rather than a tourist magnet.